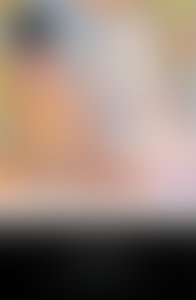 Dante, or Durante deli Alighieri, was born in Florence, Italy, circa 1265. His family was connected with the Guelph political alliance, supporters of the Papacy. His mother died before Dante’s tenth birthday. Dante himself was betrothed to Gemma di Manetto Donati when he was aged only 12. The pair went on to marry, but Dante’s true love was for Beatrice Portinari, who would inspire much of his poetry. Dante and Gemma had several children.
Dante was a member of Florence’s Apothecaries’ Guild, though he did not practice as a pharmacist. Allied to the White Guelphs, with whom he fought against the vanquishing Black Guelphs, he was eventually condemned to perpetual exile from Florence. He went first to Verona and then to Liguria. There is speculation that he travelled more widely, including to Paris and Oxford, although this has not been verified.
During his time of exile Dante conceived and wrote the three poems which form The Divine Comedy. He died in 1321, aged 56, of suspected malaria. He was buried in Ravenna, Italy, where a tomb was later erected in his name.

Stephen Wyatt is a playwright and dramatist with extensive experience in stage, radio and television.

Steve Ellis, a Professor in English at the University of Birmingham, was born and brought up in York, and studied in Florence as part of his doctorate for London University. His frustration as a student with existing translations of Dante spurred a long-lasting desire to translate it himself.His critical works include Dante and English Poetry: Shelley to T.S. Eliot and a study of Eliot’s Four Quartets. A major Gregory Award winner, he has also published two books of poetry, Home and Away and West Pathway

Books by Dante Alighieri published by

The Inferno of Dante Alighieri