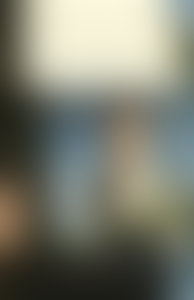 Baroness Emmuska Orczy—artist, playwright, and author—was born in Tarnaörs, Hungary, in 1865. Although all her manuscripts were written in English, she did not learn the language until she and her parents, Baron Felix and Countess Emma Orczy, moved to London when she was fifteen. Schooled as a painter, she married fellow art student John Montagu Barstow in 1894. Although some of her paintings were accepted by the Royal Academy in London, the influence of the works of Charles Dickens and Bret Harte, as well as newly popular light fiction from America, encouraged her to write. A prolific author, the baroness penned dozens of romantic novels, detective stories, and plays, but is best remembered for The Scarlet Pimpernel. Based on an idea that came to her on a London underground platform, the story took just five weeks to write and become a huge success in print, on stage, and in film. Her other works include The Man in Grey, Skin O’ My Tooth, The Laughing Cavalier, and Eldorado, a sequel to The Scarlet Pimpernel. Baroness Orczy died in London in 1947.

Sign me up for news about Baroness Emmuska Orczy