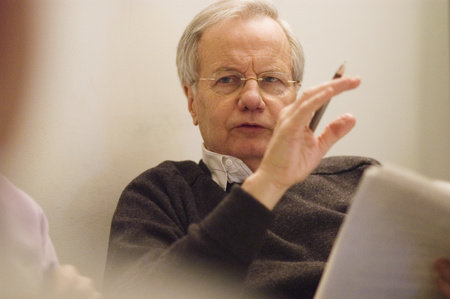 Bill Moyers was a founding organizer of the Peace Corps, a senior White House assistant (and press secretary) to President Lyndon Johnson from 1963 until 1967, publisher of Newsday, senior news analyst for CBS News, and producer of many of public television’s groundbreaking series. He is the winner of more than 30 Emmy awards and nine Peabody awards, the Lifetime Achievement Award from the National Academy of Television, the Career Achievement Award from the International Documentary Association, and the Honorary Doctor of Fine Arts by the American Film Institute. Among his bestselling books are Listening to America, A World of Ideas, The Power of Myth (with Joseph Campbell), and Moyers on America. He serves as the pro-bono president of the Schumann Center for Media and Democracy.

The Language of Life

Healing and the Mind

The Power of Myth