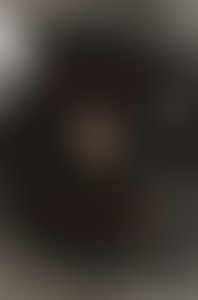 W. S. Merwin was born in New York City in 1927 and grew up in Union City, New Jersey, and in Scranton, Pennsylvania. From 1949 to 1951 he worked as a tutor in France, Portugal, and Majorca. He has since lived in many parts of the world, most recently on Maui in the Hawaiian Islands.

He has been the recipient of many awards and prizes, including the Fellowship of the Academy of American Poets (of which he is now a Chancellor), the Pulitzer Prize in Poetry, and the Bollingen Prize in Poetry; most recently he has received the Governor’s Award for Literature of the state of Hawaii, the Tanning Prize for mastery in the art of poetry, a Lila Wallace-Reader’s Digest Writers’ Award, and the Ruth Lilly Poetry Prize.

Sign me up for news about W. S. Merwin

The Song of Roland

Twenty Love Poems and a Song of Despair

Sir Gawain and the Green Knight

The Ends of the Earth

The Shape of Water
The garden, or what my wife and I have come to call the garden, follows a small winding valley on the north coast of the Hawaiian island of Maui. Half a mile or so beyond our property line on the seaward side the stream bed that is the keel of the valley emerges from under a thicket of pandanus trees into a grassy hollow at the top of the sea cliffs, where there was once a watercress pond, and then cuts through the edge to a series of shoulders and shelves and the rocky shoreline.
This is the rainy side of the island and in times of heavy downpours the streambed roars and the muddy torrent can be dangerous, but most of the time there is no water in the channel at all. This part of the coast, whose name in Hawaiian means "fan," is a series of deep sinuous valleys more or less like the one where we live, opening out into basins and then narrowing again into steep gorges filled with dense growth under big trees. Some of these valleys still have their water, or a remnant of it, and the relation of the watercourses to their water is the central thread of the history of the whole area since it was first settled, and most obviously during the past two hundred years. The flow of water in the channel of massive boulders at the bottom of our garden was certainly more constant before the first irrigation ditches and tunnels were carved out of the mountainside above here over a hundred years ago, and before the serpentine coast road was cut through to Hana after the First World War. The rural life of the Hawaiians had always assumed an unfailing supply of pure water, and when the water in these valleys was cut off or severely reduced, the people who lived here, growing taro in flooded terraces surrounded by bananas and sugar cane, people whose forebears had planted the ancestors of the huge mango trees that still shade the stream bed, could no longer survive, and were forced to leave.
In the time that I have been acquainted with this region I have become increasingly aware of it as a testament of water, the origin and guide of its contours and gradients and of all the lives -the plants and small creatures, and the culture–that evolved here. That was always here to be seen, of course, and the recognition has forced itself, in one form or another, upon people in every part of the world who have been directly involved with the growing of living things. The gardener who ignores it is soon left with no garden. When Alexander Pope, that happily obsessed gardener, urged his reader, in a line that soon became famous, to "Consult the Genius of the Place in all," the primary office of that Genius as he conceived it was to tell "the Waters or to rise, or fall." The role of water is inseparable from the character of a garden, and even its absence in a garden can take many forms. Muso Soseki, the great thirteenth-century garden designer and poet, directed water with great variety through the gardens he laid out, some of which still survive, but he was also a master of creating the suggestion of non-existent water with bare stones or steep shapes of rock, or foliage or shadows or sand, and long after his death, where moss has grown over certain of his arrangements it has continued and deepened the illusion.

—————
"The Shape of Water" originally appeared in the collection The Writer in the Garden, edited by Jane Garmey, published by Algonquin Books of Chapel Hill in 1999. The essay is copyright (c) 1999 by W. S. Merwin.
"What is a garden" and "Chorus" excerpted from The River Sound by W. S. Merwin Copyright© 1999 by W. S. Merwin. Excerpted by permission of Knopf, a division of Random House, Inc. All rights reserved. No part of this excerpt may be reproduced or reprinted without permission in writing from the publisher
—————