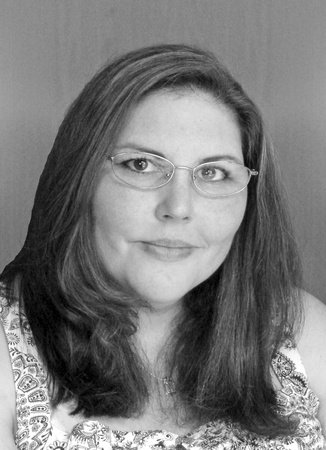 Katie MacAlister is the New York Times bestselling author of several standalone contemporary romances, as well as the Matchmaker in Wonderland romances, the Light Dragons series, and the Dark Ones series.

The Importance of Being Alice

A Tale of Two Vampires

The Unbearable Lightness of Dragons

Love in the Time of Dragons

Zen and the Art of Vampires

A Matchmaker in Wonderland

Diary Entries from Katie MacAlister’s Baltic, hero of Love in the Time of Dragons

Transcriber’s note: although the origins of the diary presented here are lost in antiquity, it is attributed to the black wyvern named Baltic. It should be noted, however, that Baltic has never admitted to ownership.

Recorded by Samuel the Scribe

Birthday. Present to self: wax tablets to record many important thoughts, and scribe to write them down. Is new millennium today. What will the future bring for the sept? More importantly, will I be named heir, or will that bastard Constantine’s bribes work? Must look into lopping off his head. Wonder if I could get Kostya to do it? He likes beheading people.

Birthday again. Present to self: battle-axe. Forgot to write in new diary for last two hundred and fifteen years. Busy trying to keep that bastard Constantine from assassinating me. Thinks I don’t know he was the one who put the vipers in my bed. Ha! Put scorpions in his pillow. Only stung his ears, though. Must find stronger poison next time. Until then, heard rumors French lord is invading England. Big battle. Will sail tomorrow to see if I can join in the fighting. Wish bastard Constantine would be there. Would like opportunity to “accidentally” kill him.

Birthday again. Present: two wenches given to me by Kostya’s green dragon brother (he had an excess and was giving them to anyone who would take them). Went to sarkany with others. Red dragon wyvern hit on me. Told her I wasn’t interested. Told her she had a mate. She said she liked her dragons black. Told her to see Kostya (he’ll bed anything).

Birthday. Present to self: heir at last! Chuan Ren still pissed about spurning. Sent me letter saying she would declare war if I didn’t let her lick me all over. Told her to see Kostya. Having new armor made up with big BLACK DRAGON SEPT HEIR written on it. Will wear whenever around bastard Constantine. Ha ha ha ha!

Birthday. Present to self: sept! Am wyvern. Constantine snotty to me at ceremony. Tempted to banish him, but held back because am dating his sister. Kostya named to elite guard, along with Pavel and Matheo. Told them to watch for vipers in their beds. Going to sarkany tomorrow for weyr recognition. Hope Chuan Ren keeps her hands to herself. Will have Kostya take his tunic off as a distraction.

Birthday. Present to self: weyr war. Not much of a present, but at least will have a few good battles. Bastard Constantine went and formed his own sept. Jealous of me, clearly. Said he didn’t like the way I got all the girls. Jumped at the chance for a war with black dragons. Other septs joined in war, too. Good news: get the beat the shite out of bastard Constantine. Bad news: black plague on mortals. Heard half the population was wiped out. Oops.

Birthday. Present to self: hot chick. Too bad she’s a silver dragon. Still, could be worse—could be Chuan Ren.

Birthday. Present to self: hot chick wants a baby. Score!

Birthday. Present to self: going to punch Kostya in the nose. Bastard Constantine still alive, dammit. Hides behind other dragons when we meet in battle. Doesn’t respond when I flap arms and cluck at him, although got snippy when called him “Connie” at last sarkany. War: still going. Mortals: dropping like flies. Really should stop war before no mortals left, but Connie too much of a pain in the arse. Kostya: bitching about way am running sept. Ysolde still hot.

Birthday. Present to self: none. Kostya killed me. Damn.