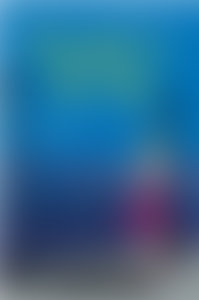 Robyn Sisman was a publisher and the author of six novels. She launched the career of the enormously successful novelist Robert Harris as the editor of his first novel Fatherland. Sisman then turned to writing, and her own debut, Special Relationship, was published in 1995. Her other works include Just Friends, Summer in the City, Weekend in Paris, Perfect Strangers, and A Hollywood Ending. She died in 2016.

Summer in the City

Have you always wanted to write?

No! I was driven to it by financial desperation, crazy though this sounds. What happened was that I got fired from my job as a Publishing Director at Random House. I was seven months pregnant, and my husband was writing a book for which we’d long spent the advance. Suddenly it was ‘goodbye company car, hello Job Centre’. I thrashed around for other jobs, but I didn’t much want to go back into publishing and wasn’t qualified for anything else. The bank balance was tipping towards minus at an alarming rate. One evening, a few months after my daughter was born, I was listening to a radio programme about the American right-wing press and its portrayal of Oxford University vis a vis Bill Clinton’s years there as a Rhodes Scholar. (Drugs! Lefties! Sex!). This was when Clinton was running for the Presidency and the opposition was frantically digging for dirt. Even Clinton’s own campaign team was terrified that some skeleton might fall out of the Oxford closet. Quite suddenly, a plot for a novel unfolded in my head. What if an American running for President had unknowingly impregnated an English girl when they were students? What if the child – a son, brought up in ignorance of his parentage and now starting at Oxford himself – began to suspect the truth and went looking for his ‘real’ father. What if his mother decided that the only way to avert disaster was to meet the man she had once loved, face to face? I even had the perfect title: Special Relationship. But could I write? Six months later, after many false starts and tears of despair, I had written 100 pages and an outline and had found an agent. To my astonishment, the book was bought in both England and the US, and eventually sold in 14 countries. Suddenly, scarily, I was a Writer.

Do you think that experience of working in publishing has helped you in making the leap into being a Writer?

Yes, I do, though I want to knock on the head the notion that only people with ‘contacts’ get published. The truth is that publishers are desperate for good writing – hence the fairytale advances that we read about in the newspapers. Of course it helps to know the good agents and editors, but I firmly believe that anyone who writes well and is persistent and professional will get published. In my case, I think that working as an editor has helped me to be more critical of my own writing, and more prepared to cut or change what doesn’t work. It’s a big help to regard writing as a profession or a craft, rather than as some mystical process. Though there are works of art that are genuinely original and should not be tampered with, these are exceptionally rare and my books are not among them. It’s important to be clear from the outset what kind of book one is writing, and to listen carefully to the advice of editors who publish in that field.

You lived for much of your life in America, and most of your novels are set in both England and the United States. What do you like best about each place, and where do you feel most ‘at home’?

I love the energy and can-do attitude of America. I miss the wonderful California beaches where I swam as a child, and the autumn colours in New England, where I went to school. No city I know is as exciting and extraordinary as New York. And I have a weakness for those tall, lean, long-legged men who are athletic without being sports bores, know how to make a proper dry martini, and can fix anything around the house. Other aspects are not so great: gun licensing laws, health care, welfare, racial attitudes, the crazy system for electing Presidents, and an excessive regard for money and celebrity. England is more low-key, for better and for worse. Politically and historically, England has a great tradition of tolerance, which makes it a very creative place and a pleasant society to live in. I like the respect for privacy (tabloids excepted), though a little more American-style friendliness wouldn’t go amiss. The countryside is beautiful. I loathe the weather. I resent sloppy, surly service, which is possibly the obverse of English snobbery (misinterpreted by the Americans, I often think, though I have – rarely – encountered it). Probably the thing I like best is the sense of humour. America is not big on irony. Oscar Wilde, P G Wodehouse, Monty Python, Ab Fab, Bridget Jones, High Fidelity – none of these could have come out of America. And as for English men – Reader, I married one. I suppose I live in a kind of transatlantic limbo. People in England take me for English – but I don’t feel it. In America, my irretrievably English accent makes them think I’m a Brit even though my birth, passport and heritage are wholly American. This can be quite amusing, and my novels are largely fuelled by the humour and misunderstandings of the cultural differences. I don’t feel strongly nationalistic in either direction and would probably be happy to live in either place.

How do you balance work with being a mother of two?

My secret weapon is a series of wonderful Australian nannies. They relieve me of the grinding routine of washing, cooking and tidying so that I can do the fun parts. Sometimes I feel I am short-changing my children compared to full-time mothers. I’m particularly manic and distracted when finishing a book, and there was a horrid period recently of eighteen months when we didn’t have a holiday at all. The good side of being my own boss is that I can take time off work for things like Sports Day and can look after my children if they’re ill. I am able to be much more flexible than women with demanding careers outside the home, and I admire such women for carrying this double load. It’s very hard to be torn between a sick child and a vital business meeting and I’m grateful that for me that choice is easy and possible to make. Also, don’t forget fathers! My husband is brilliant. I am actually able to answer this question only because (on a Saturday) my husband has taken our girls off to the park.

So, are you very disciplined about your work? Do you work from home?

These questions make me squirm with guilt. The fact is that we moved from London – where I rented an office to write in – so that we could afford a bigger house with plenty of room to work. But I found I just couldn’t work at home. I kept worrying about the garden or the broken washing-machine, or whether the post had come or what my children were doing. In the end I rented a small space in the local town – actually a former nun’s cell in a converted convent, now sparsely furnished with a computer, lamp and kettle. When I’m writing a new book I go there every day from nine to six – though I can’t say I’m always productive. I envy and admire those people – women especially – who somehow manage to write novels in between giving their children breakfast and tea, while decorating their living-rooms with flair, going to the gym and very often working as journalists as well. I find writing very slow and laborious, although also wonderfully absorbing. I may sometimes feel despairing, but I am never bored.

Your plots are always very intricate. Where do you get your inspiration for new ideas from when you start working on a new novel?

I get ideas all the time – from newspaper articles, from films, from the stories friends tell or even overheard scraps of conversation, from my own life and observations – and I write them all down. Usually I focus on a key idea. In my second novel, Perfect Strangers, I explored the notion of whether you can fall in love with someone you’d never met. Just Friends, revolves around the idea of whether a man and a woman can ever be ‘just’ friends. (I’ve already described the plot of my first novel, but the central idea was about romantic attachment to one’s first love). Then I think up big set scenes that will dramatise the emotions of my characters, and try to work out a plot structure that will reveal how these emotions change. I do a lot of careful planning in advance, which allows lots of possibilities for irony and humorous reversals. In this connection I strongly recommend Robert McKee’s course (and book) called ‘Story Structure’, which is mainly concerned with screenwriting though I think many of the same guidelines apply for commercial novels.

The importance of true love plays a key part in all your books – are you a firm believer that there is someone for everyone out there?

Fiction is not life. No reader would thank me for setting up romantic expectations and then let the hero die in an accident or decide he has a vocation for the Church. We are all cheered by happy endings, and I suppose I do believe in romance in real life. But the essence of romance is risk, and it sometimes happens that you let a key moment pass out of fear or self-absorption. Often my heroines have true love staring them in the face and resolutely ignore it. They find it hard to see themselves clearly and to be honest with themselves. Most people who truly want to find a partner will, I think, do so. But of course finding a partner is only the beginning.

You create very strong characters. Are you ever tempted to bring characters from your past novels to your current work?

I’m glad you like my characters! I tend to write my stories from three different points of view, in the voices of those characters, and I find it impossible to start a novel until I know them extremely well. One can get a lot of fun out of showing how characters react to a situation while also showing how self-deluded they are. I think a lot of us women have been brought up on outspoken and passionate heroines – Cathy in Wuthering Heights, Elizabeth Bennet, Anna Karenina etc, not to mention Katherine Hepburn and Bette Davies in old movies – and I enjoy creating strong heroines who do all the things I’m never brave enough to do myself, and come up with witty retorts I would never think of until days later. People often think that ‘romance’ equals slush, but the more individual your characters are, the more complex their relationship will be. Jane Austen did not write slush, and though I am nowhere near her level, I can at least aspire to that level of wit without tricksiness and emotion without sentimentality. Towards the end of the book I suffer a pang of regret that soon I will stop living with the characters I have created, but so far I have been content to say goodbye to them and let them get on with their lives. It’s good to leave their precise future to the imagination of readers.