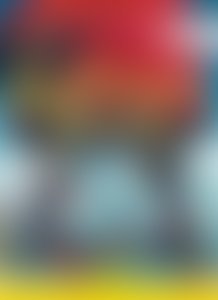 Jonathan Swift is almost universally accorded a leading place among the greatest of prose satirists. Born in Dublin of English parents on November 30, 1667, Swift never knew his father, who had died several months before his birth. After his mother returned to England the boy was raised in Ireland by paternal uncles, all of whom were lawyers. At the age of six Swift entered Kilkenny School, the foremost Anglican academy in Ireland, and at fourteen he was admitted to Trinity College, Dublin. In 1688 political turmoil prompted many Protestants to flee Ireland, and the twenty-one-year-old Swift journeyed to England, where he secured a position as secretary to Sir William Temple, a retired diplomat and statesman. For much of the next decade Swift flourished at Moor Park, Temple’s country estate in Surrey. Availing himself of Temple’s remarkable library, Swift acquired a first-rate education in history and political theory; moreover he discovered his talent for writing scathing satire. In quick succession Swift turned out two brilliant works: A Tale of a Tub, a scandalous attack on corruption in learning and religion, and The Battle of the Books, a mock-heroic treatise concerning the merits of ancient versus modern scholarship. (Neither was published until 1704.) It was also during the years at Moor Park that he met Esther Johnson, or ‘Stella,’ who remained a companion until her death in 1728.

Disappointed that Temple failed to procure a political office for him, Swift took orders as an Anglican priest of the Church of Ireland in 1694. But he abandoned his Irish parishes for years at a time in order to promote himself in London. An established wit, Swift gained notoriety as author of the Bickerstaff Papers (1708-1709), a sequence of clever burlesques, as well as the virtuoso parody Meditation on a Broomstick (1710). He consorted with the playwrights Addison and Steele, and was an early contributor to the Tatler; later he gravitated around a new circle of friends that included Alexander Pope and other founders of the Scriblerus Club. In addition Swift issued a steady stream of pamphlets and tracts in support of social and economic reforms, chiefly on behalf of the Tory government. Journal to Stella (1710-1713) affords a remarkable account of his activities when he was at the height of political effectiveness. Yet for all his influence Swift never secured the one prize he sought most: a diocese in England.

In 1713 Swift was installed as Dean of St. Patrick’s Cathedral, Dublin. After the Tories’ fall from power the following year he retired to Ireland, virtually disappearing for a time from the public stage. But in the 1720s he resurfaced as a champion of the Irish people. Drapier’s Letters (1724), a series of pamphlets attacking the English for exploiting his adopted countrymen, made Swift something of a national hero. ‘A Modest Proposal’ (1729), a bitterly ironic tract in which he suggested that the starving Irish sell their children as meat, further enhanced his reputation as ‘the Hibernian Patriot.’

Swift returned briefly to London in 1726 with a manuscript of Gulliver’s Travels, a devastating satire of English politics and society. ‘It is universally read, from the cabinet council to the nursery,’ said Alexander Pope when the work appeared. Indeed, Swift’s masterpiece has captivated readers ever since. G. K. Chesterton observed: ‘Swift was a man who could write what nobody else could have written . . . at a time when nobody else would have dared to write it. He could write the truth about a time in which perhaps more lies were told, and about which perhaps more lies have since been taught, than any other episode in English history. He could say the right thing, and say it exactly rightly; with a deadly detachment or a stunning understatement unmatched in the satires of mankind.’

Afflicted with Meniere’s disease–a syndrome that affects the inner ear and causes dizziness, nausea, and deafness–as well as by the other infirmities of old age, Swift did little writing during the last fifteen years of his life. He was declared incompetent in 1742 and died on October 19, 1745. His grave in St. Patrick’s Cathedral bears this epitaph: ‘Here lies Jonathan Swift, for many years Dean of this Cathedral, where righteous indignation can tear his heart no longer.’

Gulliver’s Travels and Other Writings