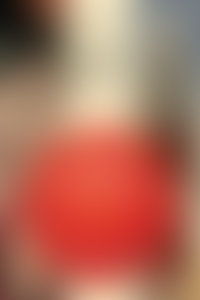 Connie Willis is a member of the Science Fiction Hall of Fame and a Grand Master of the Science Fiction and Fantasy Writers of America. She has received seven Nebula awards and eleven Hugo awards for her fiction; Blackout and All Clear—a novel in two parts—and Doomsday Book won both. Her other works include Passage, Lincoln’s Dreams, Bellwether, Impossible Things, Remake, Uncharted Territory, To Say Nothing of the Dog, Fire Watch, and Miracle and Other Christmas Stories. Connie Willis lives in Colorado with her family, where she deals with the delights (and the more maddening aspects) of our modern oh-so-connected world on a daily basis.

The Best of Connie Willis

Books by Connie Willis published by

"One never knows the ending. One has to die to know exactly what happens after death, although Catholics have their hopes."
–Alfred Hitchcock, shortly before his death

One of the problems of writing a book is all the great stuff you have to leave out. Some writers, unfortunately–I won’t name names, you know who they are–don’t leave anything out, which means the reader is subjected to a detailed description of flora and fauna as the heroine flees headlong through the woods, or to long dissertations on thirteenth-century armor or recent developments in biochemistry just because the author spent a lot of time doing the research and couldn’t bear to have it go to waste.

I can understand the impulse. You’ve found all this neat stuff and you want to grab the reader by the sleeve, a la the ancient Mariner, fix him with your glittering eye, and tell him about the Battle of Midway or the Triangle Shirtwaist Factory fire. Or about the things people say when they’re about to die. Did you know that the criminal Neil Cream, who many people believe was Jack the Ripper, said, as the gallows trapdoor opened, "I am Jack–"?

Since Passage is about the last experience people ever have (maybe), I decided to begin every chapter with someone’s last words. The only problem was that there are jillions of last words, and they’re all REALLY interesting. (Well, maybe not all. Samuel Butler said, "Have you brought the checque-book, Alfred?" and you’d be amazed at the number of people who, with their last dying breath, ask for water. Although that may mean something else altogether.)

Some last words are ghastly. "Sweet Jesus," Mary Queen of Scots whispered after the first stroke of the ax missed her neck and cut into the back of her head. "Goodbye, everybody!" the poet Hart Crane called out gaily during a cruise-ship party and jumped overboard. The Siamese twin, Chang, awoke in horror to find his twin, Eng, dead, cried out, "May the Lord have mercy upon my soul," and died of shock.

Other last words are touching. Bert Lahr’s nurse bent over him, thinking he was calling for help, and then realized he was going through the motions of one of his vaudeville routines. John Jacob Astor called to his bride as she got into one of the Titanic’s lifeboats, "Goodbye, dearie, I’ll join you later," and when Mrs. Candee told her steward, who had just helped her on with her life preserver, that now he should look out for himself, he replied, "Oh, plenty of time for that, Madam, plenty of time for that."

It’s surprising (and a little unnerving) how many people referred to light and/or darkness. "I will close now," Robert Schumann’s last letter read. "It is growing dark," and Goethe cried out, "More light!" "Turn up the lights," O. Henry said. "I don’t want to go home in the dark." John Wayne saw a flash of light a few minutes before he died, and Teddy Roosevelt ordered, "Put out the light."

A number of people seem to have seen loved ones who had died. Mark Twain, gently touching the face of his daughter, said, "Mama." Harriet Beecher Stowe repeatedly murmured the name of her son Fred. And then there was Major Herbert Rowse Armstrong, being executed for poisoning his wife Katherine, who called out at the end, "I am coming, Katie."

Some see visions. Babe Ruth got out of his deathbed and started to walk across the room, saying, "I’m going over the valley." "Beautiful!" Elizabeth Barrett Browning exclaimed, and Paul Gaugin’s last notes, written just before his death, contained this line, "And in my dream an angel with white wings came to me, smiling." On the other hand, Ethan Allen, on being told the angels were waiting for him, snorted, "Waiting, are they? Waiting, are they? Well, goddamn them, let ’em wait!"

A number of last words are funny–Oscar Wilde’s "Either this wallpaper goes or I do!" being probably the most famous, although it’s not certain he really said that. Sir Thomas More, however, climbing the stairs to the executioner’s block, actually did quip, "I will tend to the going up, and you see to my coming down." And as the famous Irish clown, Johnny Patterson, lay dying in his dressing tent, his doctor said, "Good night, Patterson. I will see you in the morning."

"I know you will," Johnny answered, smiling. "But will I see you?"

Many are ironic. "I beg your pardon, monsieur," Marie Antoinette said, having accidentally stepped on the executioner’s foot. "I did not mean to do it."

And some of them are absolutely haunting. "This is funny," Doc Holliday, dying in a TB sanitarium in Glenwood Springs, said. Wyatt Earp, dying over thirty years later, whispered , "Suppose, suppose." And Andrew Carnegie replied to his wife, who had wished him a good night, "I hope so." So do we all.