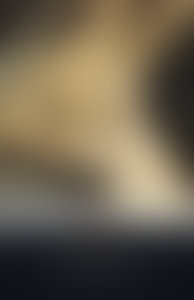 Henri Marie Beyle, known through his writing as Stendhal, was born in Grenoble in 1783 and educated there at the École Centrale. A cousin offered him a post in the Ministry of War, and from 1800 he followed Napoleon’s campaigns in Italy, Germany, Russia and Austria. In between wars, he spent his time in Paris drawing rooms and theatres.

After the fall of Napoleon, he retired to Italy, adopted his pseudonym and started to write books on Italian painting, Haydn and Mozart, and travels in Italy. In 1821 the Austrian police expelled him from the country, and on returning to Paris he finished his book De l’amour. This was followed by Racine et Shakespeare, a defense of Romantic literature. Le Rouge et le noir was his second novel, and he also produced or began three others, including La Chartreuse de Parme and Lucien Leuwen. None of his published works was received with any great understanding during his lifetime.

Beyle was appointed Consul at Civitavecchia after the 1830 revolution, but his health deteriorated and six years later he was back in Paris and beginning a Life of Napoleon. In 1841 he was once again recalled for reasons of illness, and in the following year suffered a fatal stroke. Various autobiographical works, Journal, Souvenirs de l’egotisme and La Vie de Henri Brulard, were published later, as his fame grew.

The Charterhouse of Parma

The Red and the Black

The Red and the Black

The Charterhouse of Parma

Books by Stendhal published by

The Life of Henry Brulard

Books by Stendhal published by

The Abbess of Castro