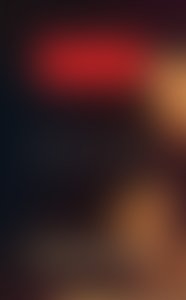 Fyodor Mikailovich Dostoevsky’s life was as dark and dramatic as the great novels he wrote. He was born in Moscow in 1821. A short first novel, Poor Folk (1846), brought him instant success, but his writing career was cut short by his arrest for alleged subversion against Tsar Nicholas I in 1849. His prison experiences coupled with his conversion to a profoundly religious philosophy formed the basis for his great novels. But it was his fortuitous marriage to Anna Snitkina, following a period of utter destitution brought about by his compulsive gambling, that gave Dostoevsky the emotional stability to complete Crime and Punishment (1866), The Idiot (1868–1869), The Possessed (1871–1872), and The Brothers Karamazov (1879–1880). When Dostoevsky died in 1881, he left a legacy of masterworks that influenced the great thinkers and writers of the Western world and immortalized him as a giant among writers of world literature.

Notes from a Dead House

The Eternal Husband and Other Stories

The Double and The Gambler

Books by Fyodor Dostoevsky published by

Books by Fyodor Dostoevsky published by